NOTES: (1) Studies show there is very little correlation between heavily armed citizens & democracy around the world. (2) Juxtaposing the US with Switzerland, China, or Cuba (a handful of the 175 countries with data on the subject) is cherry-picking. Counterarguments are easy presented with the majority of countries. (Ghana, Indonesia, Yemen, Saudi Arabia, Chile, Venezuela, Russia, etc.)

NOTES: Gun control laws in Germany (& Italy, Cuba, USSR, Cambodia) did not cause oppression of citizens. Ridiculous to speculate that small number of lightly-armed civilians could have fought off dictators’ governments. German gun restrictions came in 1938, after Nazis thoroughly in power. Castro’s revolution succeeded in part from GIVING people guns, not restricting them. There was no hand gun restriction in Cuba. Cambodia restricted Vietnamese gun traders, but not guns themselves. Stalin & Mussolini passed no gun control laws. Gun laws in Chicago, Switzerland, Israel have worked.

NOTES: (1) The US ranks 1st against 177 other countries in the number of civilian guns owned – 270 million. (2) Of the countries that have more shootings than the US, most are from Central and South America where criminal elements developed to provide illegal drugs to the US. (3) In Japan, most kinds of guns are illegal…in 2008, there were 11 shooting homicides. Similarly, in 2009, only 18 people were murdered with a firearm in the UK. (4) In high income countries, guns are used primarily for suicides, not homicides. (5) Unintentional gun deaths are much higher where citizens own more guns. 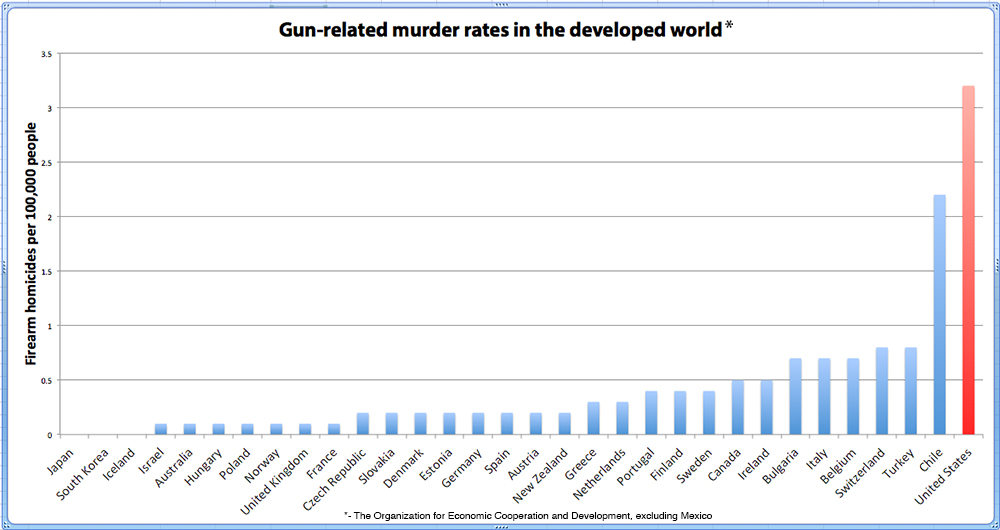 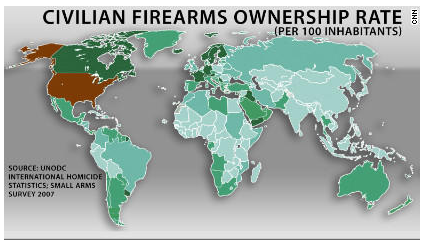 RESEARCH QUESTION: Why are police killed by firearms much more frequently in USA vs. England?
FINDINGS: Americans should not be allowed to carry guns in public. English criminals can get any gun they want, yet only 10 police officers were killed by guns. Since USA population is 5x England’s, there should only have been 50 police killed by guns in USA during same time frame.

NOTES: (1) The way in which crime is recorded is not necessarily an accurate indicator of differences in actual levels of crime. (2) Rather than indicating a sharp rise in actual violence in England/Wales, the post-1998 increase is largely the direct result of major changes to the way crime data are recorded. First in 1998 and then again in 2002, amendments were introduced to include a broader range of offenses…and to take a more victim-led approach.

This source debunks sources such as Slack (2009): http://www.dailymail.co.uk/news/article-1196941/The-violent-country-Europe-Britain-worse-South-Africa-U-S.html

FINDINGS: Nations offering easiest access to guns also have most gun violence. Among developed nations, the United States has the highest rate of civilian gun ownership, & the highest homicide rate. There’s a strong & statistically significant association between gun availability & homicide rates; where guns are more available, there are more homicides.